Kuala Lumpur is the most vibrant city in Malaysia. It was established in 1857 with Klang and Gombak Rivers flowing through this metropolitan city. This city has the best infrastructure with monorail, light rail transit, trains, ERL trains, buses and cabs that serve this city of almost 2 million people.

Rapid development has seen many parks, museums, shopping malls, memorials and galleries being built to promote this city to the growing tourists and residents. Petronas Twin Towers and KL Tower are the two most visited modern buildings in this city.

In the midst of the rapid development, historical landmarks such as Sultan Abdul Samad Building, Dataran Merdeka, Royal Selangor Club, Kuala Lumpur Railway Station and other pre-war buildings have been preserved.

Moving around the city is easy. You can take the Rapid KL buses, the GOKL free buses, LRTs, Monorail and taxis. Here are the buses that you can take.

The best way to discover KL is to follow the KL Guided Walk that will enable you to see the heritage, culture and natural surroundings of this city. It used to be free guided walks organized by KL Tourism Bureau but has been stopped indefinitely since 1st May 2018. We suggest that you DIY or get your travel agents to help you. 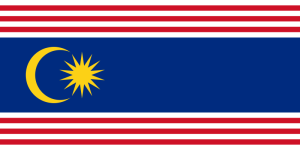 The flag of Kuala Lumpur.

Dataran Merdeka is a historical square as the declaration of independence was done here on 31 Aug 1957. A 100 m flag pole that holds the flag of Malaysia can be seen here at all times.

Masjid Jamek or Jamek Mosque which was designed with a Moghul architecture was declared opened by the Sultan of Selangor on 23 December 1909. This is one of the oldest mosque in the city.

KL Railway Station was designed with Moorish architecture and was completed in 1910. It is still in use today as a komuter station and a bus station for NICE buses.

KL Tower was officially opened on 1 October 1996. This 421m is used as a telecommunication tower, restaurant and offices. Ticket is required to go up the tower. 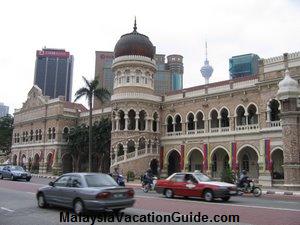 Petronas Twin Towers is the modern landmark of this city. Free tickets can be obtained to go up the towers but is limited per day. Queue up early in the morning to get the tickets.

Royal Selangor Club was founded in 1884 with a Tudor structure.

Sultan Abdul Samad Building was built in 1897 and is the main heritage building of the city located just opposite Merdeka Square.

National Monument was built to commemorate the soldiers who died in defending the nation against enemy's invasion.

Aquaria KLCC features over 5,000 animals of aquatic and land animals from all over the world.

KL Forest Eco Park is located just beside KL Tower. Take a jog, walk the 200m canopy walk or stroll along this park and enjoy a view of the city. It was previously known as Bukit Nanas Forest Park.

KLCC Park is located just within the vicinity of PetronasTwin Towers and Suria KLCC Shopping Centre. Take a walk on this park and enjoy the scenery of Kuala Lumpur city centre fromhere.

KL Bird Park is located at Lake Gardens and have a varieties of bird species for you to see.

KL Orchid Garden is located at the highest peak of Kuala Lumpur Lake Garden. See the various species of orchid here, many of them named after famous figures of Malaysia.

Perdana Botanical Gardens is located at the city centre of Kuala Lumpur. The Bird Park, Orchid Garden, National Planetarium, Islamic Museum, Butterfly Park and National Monument are all located within the vicinity.

Rimba Ilmu Botanical Garden is located at University of Malaya, the oldest university in Malaysia. Discover over 1,600 species of trees that originates from various parts of the world.

Tasik Titiwangsa Park is located near Kuala Lumpur Hospital and is a good place to go for a walk, jog, cycle or boating. Facilities have been upgraded and is now open to the public since Dec 2019. 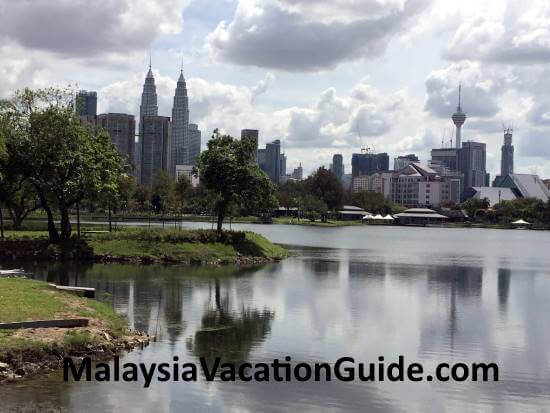 Tugu Park is located near Perdana Botanical Garden and is a good place for hiking in the city. 3km and 1km trails are available and entrance is FREE. 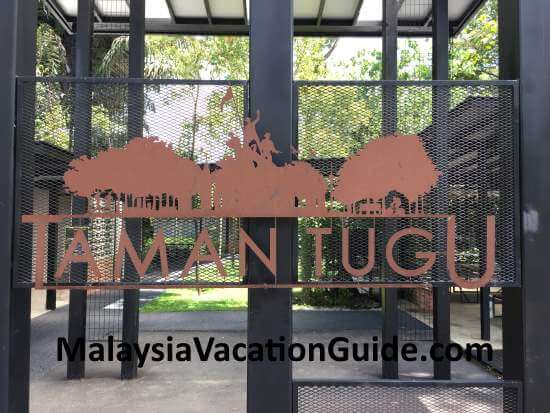 National Museum was officially opened in August 31, 1963. Learn the history of Malaysia here.

Malaysia Maritime Archaeology Exhibition is located just beside the National Museum. Visit this exhibits and you will discover the many treasures salvaged from sunken ships.

Malaysia Textile Museum is located opposite Dataran Merdeka, Kuala Lumpur. Housed in a building over a century old, you will learn more about the evolution of textiles in Malaysia.

Asian Art Museum is located at University of Malaya main campus. It has over 6,000 artifacts and other exhibits.

Islamic Arts Museum at the Lake Gardens has 12 galleries with over 7,000 artefacts on display.

Biomedical Museum is located at the Institute For Medical Research(IMR) along Jalan Pahang and beside Kuala Lumpur Hospital. You can read the history of IMR, preserved live specimens of squirrels, snakes and related equipment.

Maybank Numismatic Museum at the Ground Floor of Menara Maybank exhibits dollars and notes from many decades ago. It is temporarily closed for renovation work.

Bank Negara Money Museum at Bank Negara building has many collections of dollar and notes from throughout the world.

Police Museum at the Lake Gardens traces the history of the police in Malaysia.

National Planetarium near KL Lake Gardens is the place to go to learn more about space exploration and astronomy.

National Science Centre at Bukit Kiara has been setup to educate the public on science and technology.

Petrosains is located at level 4 in Suria KLCC is an interesting place to learn about earthquakes, dinosaur, petroleum and its impact on our life.

Galeri Petronas is located at level 3 in Suria KLCC. It exhibits arts done by Malaysian and the theme changes regularly.

National Art Gallery displays paintings, sculptures, batik and other works done by artists from Malaysia and all over the world. It is located just beside Istana Budaya.

Tunku Abdul Rahman Putra Memorial near Bank Negara exhibits the life and contributions of the first Prime Minister of Malaysia.

Tun Abdul Razak Memorial at Jalan Perdana exhibits the life and contributions of the second Prime Minister of Malaysia.

Tun Hussein Onn Memorial is located at Jalan Dato' Onn and exhibits the life and contributions of the third Prime Minister of Malaysia.

Galeria Sri Perdana is located at Jalan Terengganu and was the official residence of Tun Dr. Mahathir, the fourth Prime Minister of Malaysia. Artefacts and personal collection of Tun are also exhibited here.

Berjaya Times Square has the biggest indoor theme park known as Cosmo's World Theme Park with roller coaster and other rides for adults and children.

Istana Budaya has many performances that you can enjoy while in Kuala Lumpur.

Malaysia Tourism Centre is the place where you can get brochures on the places of attractions in Malaysia. Cultural performances are also being shown here.

Ain Arabia is the place where Arab and Middle Eastern food and goods are available.

Bukit Bintang is a shopping haven for visitors as there are many malls and shops along this street.

Berjaya Times Square is has over 1,000 retail shops and is located at Jalan Imbi, adjacent to Bukit Bintang. You will not miss this brown colour building.

Central Market is the place to get souvenir as it is the leading arts and crafts centre in the city.

Chinatown is an open bazaar that sells various products. It is also known as Petaling Street.

Mid Valley Megamall is one of the largest shopping mall with over 430 retail shops.

Pavilion KL has over 450 retail shops selling many branded goods.

Sunway Putra Mall (formerly The Mall) is located just opposite Putra World Trade Centre and has over 200 retail shops.

National Library is located at Jalan Tun Razak and is the biggest public library in Malaysia.

KL Convention Centre near Suria KLCC is the venue of many exhibitions and conventions. See the calendar of events here.

Putra World Trade Centre is the venue of many exhibitions and conventions. See the calendar of events here.

See the recommended food that you can taste while in KL.