Tunku Abdul Rahman Putra Memorial is located at Jalan Dato' Onn near Bank Negara Malaysia. It was set up in honour of the late Tunku Abdul Rahman Putra Al-Haj, Malaysia's first Prime Minister who was instrumental in bringing independence to Malaysia. The Residency Exhibition area used to be Tunku's residence and office from 1956 to 1970 when he was the Chief Minister of the Federation of Malaya and subsequently as Prime Minister of Malaysia. Tunku is also known as the Father of Independence.

Block A of the building shows the permanent display on Tunku's Biography. Newspaper coverage of the late Tunku was also highlighted here. Block B consists of a library with materials that relate to the late Tunku as well as the collection of books and publications relating to Tunku. 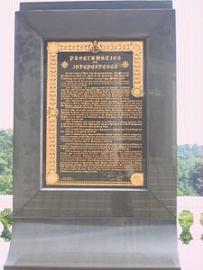 The script of the Proclamation of Independence by Tunku. 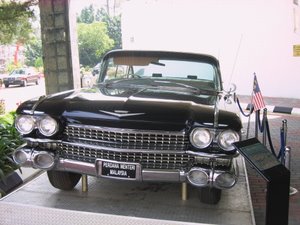 The Cadillac Fleetwood 1959 used by Tunku at the compound of the memorial.

Students, teachers, researchers and visitors will benefit by visiting this memorial in helping them to understand the life and times of Tunku.

The memorial is easily accessible to the public as it is located in the city centre. Take the KTM Komuter train to Bank Negara Station. The memorial is approximately 10-15 minutes walk away. Alternatively, take a taxi from the station as the weather can be quite hot and humid during the day.