Get a Klang heritage walk brochure from Klg. Municipal Council or Sultan Abdul Aziz Royal Gallery and see the many historical sites here. You can also join the FREE Royal Klang Heritage Walk conducted by professional tourists guides which starts at 9am every Saturday and Sunday.

You will learn the history of the town, history of Selangor's royal family and the history of British rule. The starting point is at the Sultan Abdul Aziz Royal Gallery. Call Klang Municipal Council at 03-5513 2000 to book a place.

If you miss the tour or you are not able to join due to your time schedule, you can still walk around yourself by following the map and the signboards around the town.

Some of the places that will be covered during this 3 hours walk.

This royal town of Selangor is believed to have human settlement 2,000 years ago based on the findings of the instruments from the Iron Age. Bendahara Tun Perak of Melaka Sultanate's was the territorial chief here in 1445. This town continued to be under the control of Johor-Riau Sultan and after which the formation of Selangor Sultanate in the 18th century.

Civil war broke out in the 19th century from 1867 to 1874 due to power struggle to control the tin mining activities in the Klg. Valley. Raja Mahadi fought with Raja Abdullah but was not able to fully control the state. The British intervene and took control of the state. The centre of administration was shifted from Jugra to Klg. in 1874. When Kuala Lumpur became a mining centre of Malaya, the centre of administration was moved here in 1880.

Today, this town remains an important town with Port Klg. as one of the top 20 most busiest container port in the world.

Some of the places of interest. 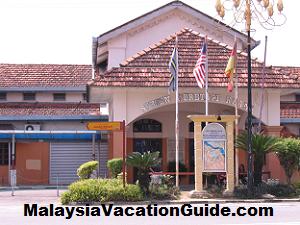 You will be able to read the history of this train station when you arrive here. The original railway station was built in 1890 to replace the Bukit Kuda train station. This station was located at the other side of the Klg. River as there was no bridge then.

Due to the growing traffic of goods and passengers, the government built a bridge across the river and relocate the train station. When Port Swettenham (now known as Port Klg.) was built to cater for the needs to increase the shipment of tins and coffee, a bigger train station was also built between 1895 to 1901

Today, this station is service by Komuter Train and is one of the many stations that you will pass by before reaching Port Klg.

The signage you will see as you step out of the station.

Bus Service Between KLIA/klia2 and Klang

This fort is located at Bukit Kota and you will be able to see a good view of some parts of the town from this hill. This fort was built by Raja Mahadi to defend himself against Raja Abdullah to control the rich mining activities in Klg. district. Ships that moved in and out of Pangkalan Batu can be observed from here.

Later, the fort fell into the hands of Tengku Kudin who was sent by the Selangor Sultan to fight Raja Mahadi who had failed to pay his debts to the Sultan. After 6 months of fighting, Raja Mahadi retreated.

Today, Klg. Municipal Council is located here and serves as one of the historical landmarks of this royal town. 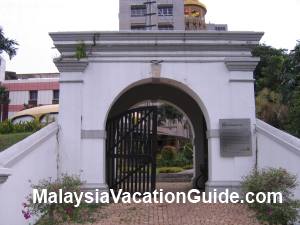 The fort has been preserved as a historical landmark. 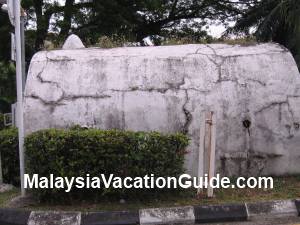 The other leftover of the fort that was believed to have been used to store ammunition and weapons. 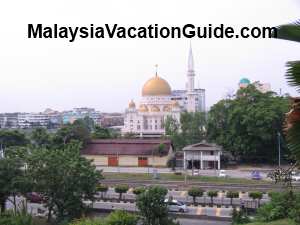 The view of parts of the city from the fort.

There are two bridges in this town. They are the Kota Bridge and Tengku Musaeddin Bridge. The Kota Bridge or Jambatan Kota was opened to the public in the year 1957 and was also known as a double decker bridge. The upper deck was to be used for automobiles while the lower deck for cyclists and pedestrians.

The upper deck was dismantled in 1980s and a new bridge was built next to it. Today, this bridge is still open to pedestrians, cyclists and motor bikers. 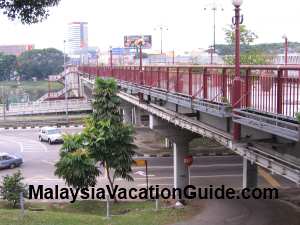 Klang Kota Bridge as it is today.

As you walk along Jalan Raya Timur from the train station towards the bridge, you will see many pre-war shop lots that are still being used today. Many of them were constructed between the year 1930 to 1940. The other end of the road also has many shops but many of them have been abandoned and only a few are still in use today. 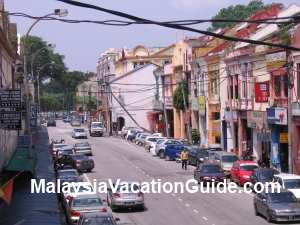 This monument was built in 1985 and used to be located at Taman Rashna to commemorate the Silver Jubilee of the installation of Sultan Selangor, the Sultan Salahuddin Abdul Aziz Shah.

The Kris was moved to Klang Royal Gardens off Jalan Tengku Kelana since Nov 2014, near the Alam Shah Palace. It is about 12.7 tonnes in weight and is surrounded by koi pond. It is also just opposite the Our Lady of Lourdes church, one of the heritage buildings here. 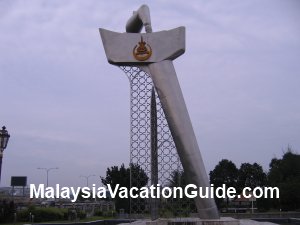 Other Attractions in Klang

Pulau Ketam
Visit this fishermen island which is about 30-45 minutes by speedboat/ferry from Port Klang Jetty.

Little India
There are many shops along Jalan Tengku Kelana that sell products used by the Indian community.

Jugra
Jugra used to be the royal town of Selangor. There is a palace and mosque here.

Klang Food
Try some of the food that locals like while you are here.

Bak Kut Teh
This Chinese delicacy is taken throughout the day.

AEON Bukit Tinggi
This is the biggest and newest shopping mall in Klg.