Located at the north east of the island, this place was where it all begun. Within the vicinity of this fort, you will be able to see many century old buildings that are still intact and in-used as commercial offices today. It was at this fort that Captain Francis Light first set foot on this island in 1786.

The original structure was built with palm trunk. From 1808 to 1810, the temporary wooden fort was re-built with bricks and stones using Indian convicts as labour. It is named after Charles Cornwallis, the Governor- General of Bengal, India at that time. This fort became the first military and administrative centre of the East Asia Company. 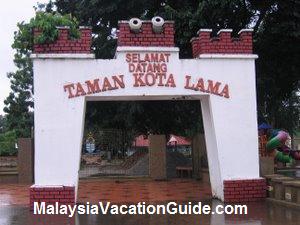 The signage welcoming you to the historical fort. 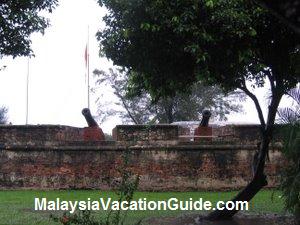 The typical outlook of walls and cannons that surround this fort.

This star-shaped fort has cannons mounted along the perimeter of the walls. As you will observe while visiting this fort, this site is strategic in terms of millitary advantage as it is located by the sea opposite the mainland. Today, this 200 plus years old fort still attracts many visitors. The outer surrounding walls are still standing strong similar to what you would have seen in A Famosa, Melaka. A bronze statue of Francis Light stands near the entrance.

Look out for the followings as you go into the fort:

The chapel is located at the south-west of the fort and is the first one built in Penang. It was here that the marriage of Francis Light widow, MartinaRozeus to John Timmers took place in 1799.

The largest cannon here known as Seri Rambai Cannon faces the north coast and was cast in the year 1603. Historically, this cannon was given to the Sultanof Johore by the Dutch. Later on, it fell into the hands of Acheh and installed in Kuala Selangor. Finally, this cannon was seized by the British andplaced here in 1871.

Built in the year 1814, the gunpowder magazine was used to store explosives to minimize the damaged done in the event they exploded.

There are many galleries on display amongst which are the history of the early Malay Settlements in Penang, the hand-over of Penang by the Sultan of Kedah to the British, the British East India Company, the history of Captain Francis Light, the History of Fort Cornwallis, the archaeology and model of prison cells.

There is a souvenir shop within this fort for you to purchase some goods back home. A Cafe is also provided for visitors who need to rest and have a drinkhere. A lighthouse and flagstaff are located at the other end of the fort. Make sure you take a picture or two before leaving the fort. 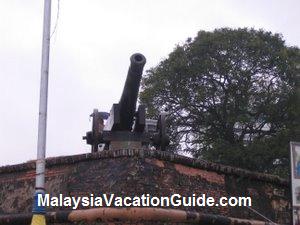 Notice the cannon that depicts the weapons used during the colonial times. 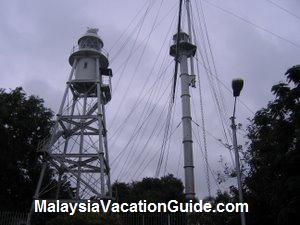 The Lighthouse at the compound of the fort.

The admission fees to the fort

The operation hours are from 9am to 7pm daily from Monday to Sunday.