Walking along the road beside Stadthuys, you will be surprised by two things – numerous museums located on your left and colourful trishaw blasting music, carrying passengers passing by.

As you make your way to St Paul Church located at the St Paul Hill, you may be taking a lot more time than you expected. Not because of the long journey, but the existence of interesting museums that can easily catch people’s attention. 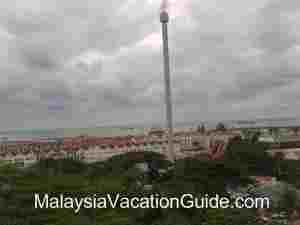 The view of St Paul church from the hill top.

The ruin of the church can still be seen today.

As you walk, you will encounter some museums along the way. They are the Architecture Museum, the Stamp Museum and the Islamic Museum. After walking further, another valuable historical monument – Porta de Santiago or also known as A’Famosa will appear in front of your eyes. Moving on and you will see a white stairways along the slope and that is the way leading you to St Paul Church.

Moving from Porta de Santiago, the church that is located at the summit of the hill is easily accessible by a 5 to 10 minutes walk through the stairway. Upon reaching the top of St. Paul Hill, the tiredness of climbing stairs will be forgotten when you see the breathtaking view of Melaka city and the coastline.

Built by Duarte Coelho, a Portuguese Captain in 1521 AD, the church was formerly a chapel for the Portuguese and it was named as “Nosa Senhora” – Our Lady of the Hill. Although these valuable ruins have been standing on top of the summit of St. Paul Hill in Melaka for centuries, the strong and thick bricks still remind one of the magnificence architecture of the chapel.

As Melaka was colonised by the Dutch from the hand of Portuguese in 1641, the fate of this former Portuguese chapel had been significantly changed. It was being used by the Dutch as a temporary place of worship before their own church, the Christ Church was constructed. Since then, the Dutch had renamed the Portuguese Chapel from “Nosa Senhora” – Our Lady of the Hill to St. Paul Hill.

When the Dutch’s Christ Church was completed, St. Paul Hill no longer played its role as a place for worship and the Dutch turned it into a burial ground and graveyard. Several monumental tombstones, with Dutch words engraving on it were leaning against the wall in the church. The tombstones and the graveyard nearby were places for the Dutch to mourn their ancestors when they settled down in Melaka centuries ago.

In front of the church stood a huge pearl-white statue - the statue of St. Francis Xavier. 27 years after Duarte Coelho built the church, Don Albuquerque, the Archbishop of Goa in India handed the church to the Society of Jesus. St. Francis Xavier, as the pioneer Catholic Missionary that time was appointed to receive the title on behalf of the society in 1548. 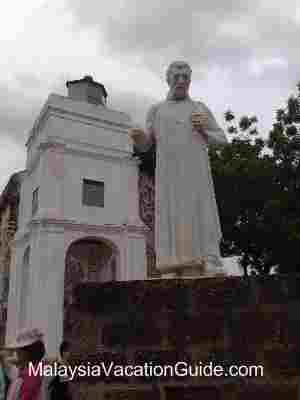 The statue of St. Francis Xavier in front of the church.

When you visit St. Paul Church, you will discover more than what you expected. Standing on the hill, what you see is not merely St. Francis Xavier statue, the church with thick brick or the Dutch monumental tombstones. What exists here are the unique blend of history and culture, a chapel built by a Portuguese captain, being handed to the Society of Jesus and later renamed by the Dutch. All these become what we see today. 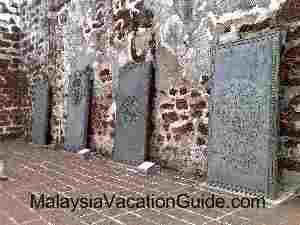 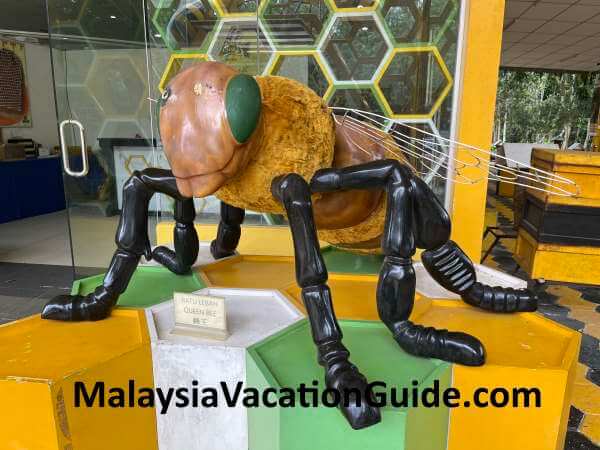 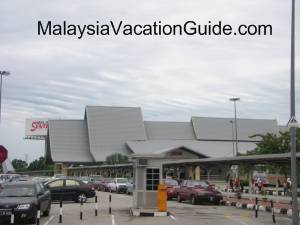 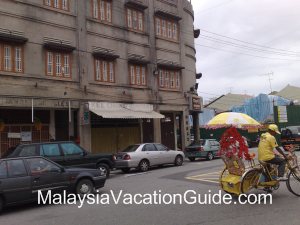