Jellyfish are marine invertebrates that are commonly found in oceans of the world. In Malaysia, they are sometimes found during certain times of the year, sometimes in the month of July to September in beaches such as Pangkor, Teluk Batik or Penang Island.

This jelly like creature looks harmless and are usually seen floating at the surface of the sea. The one found in Malaysia can be as heavy as 50 kg and the common one that is found here is known as Chrysaora Quinquecirrha. 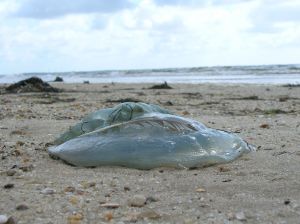 A study conducted by the Universiti Sains Malaysia found that they are usually found in areas with low levels of oxygen, phytoplankton, oxygen, temperature and salinity. Though they look harmless, this creature can cause danger to swimmers due to the toxic emitted once you contact them. These species can come up near the beach and even if their poisonous stings are not lethal, victims may die from drowning due to paralysis.

As a precaution before going swimming or snorkeling, always check with the hotel staff whether the sea is safe from this creature.

What To Do If You Got Stung